Female Surfers in the lineup. Do we have a special superpower? 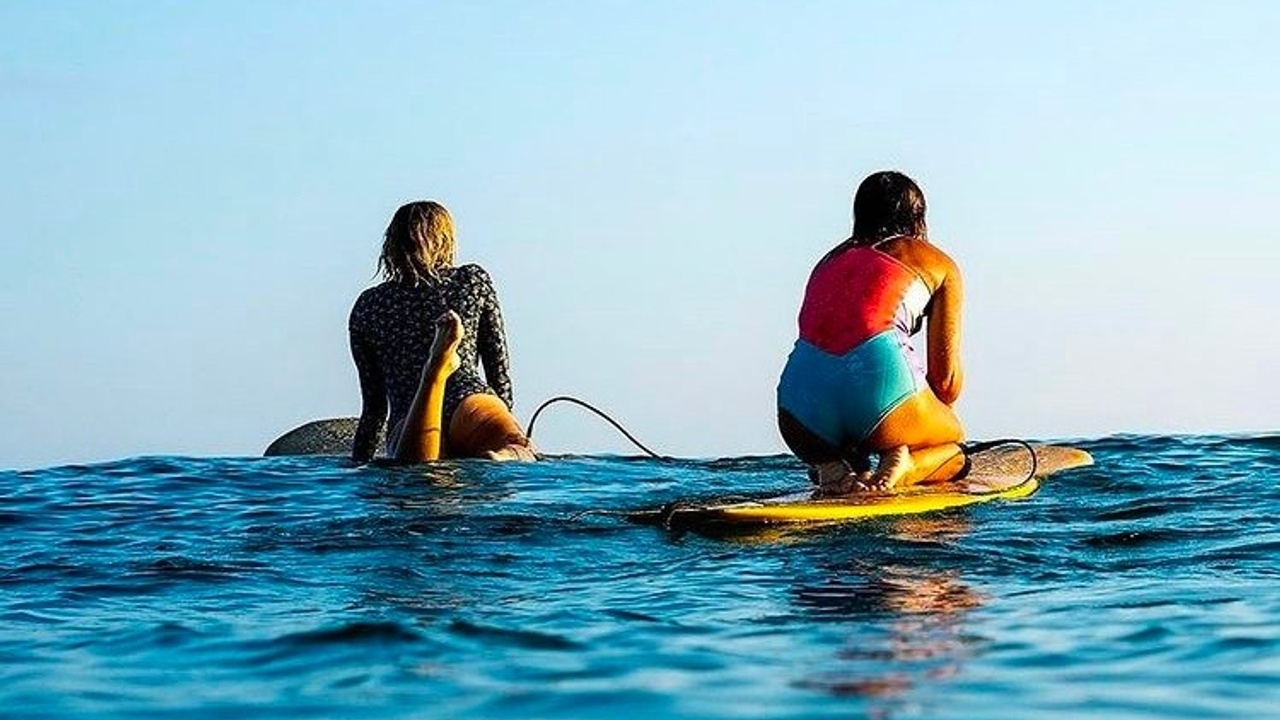 If you are one of our Instagram regulars, you may have seen a recent post, which highlighted that female surfers spend more time sitting in a surf session, compared to male surfers. 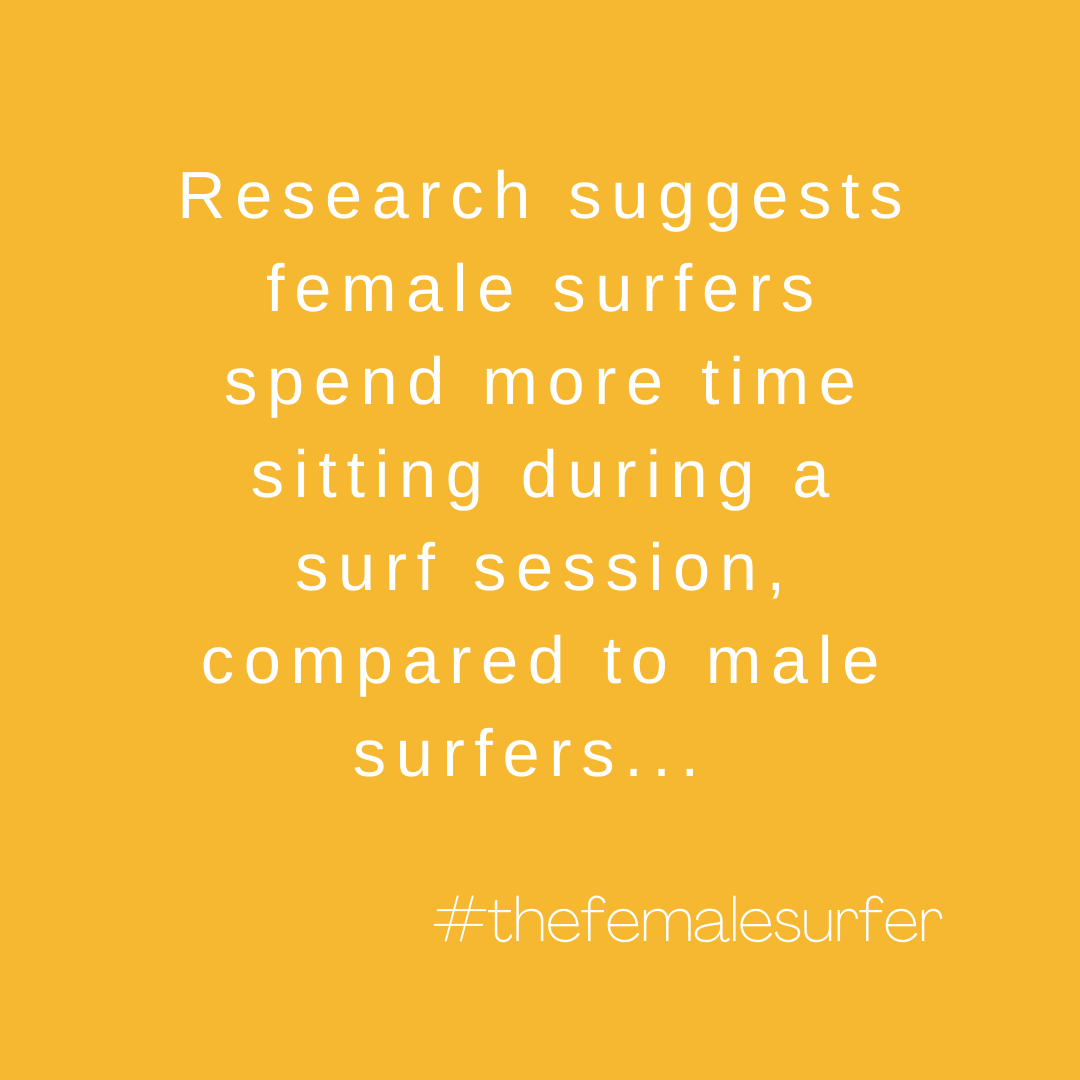 This study was performed on competitive female surfers and only a small number of participants. However, it raises an important gender consideration for female surfers, from a coaching and conditioning perspective.

I like to mention this research during my workshops. Firstly because it is rare to find studies performed on females who surf. The majority of research is performed using male participants and then applied to women. Secondly if the results are indicative of the typical female surfer, it suggests we spend approximately 10% more time sitting than our male counterparts (roughly 60% of our surf session). Whether we sit more in a surf session potentially changes the physical demands we encounter as female surfers and can create unique injury risks including hip impingement and conditions related to lumbar-pelvis instability.

Usually when I suggest women sit more during their time in the ocean, I am met with a room full of giggles and comments about ‘loving a chat’. There may be a number of reasons why female surfers spend more time on their buttocks than their feet. But if ‘having a gas bag’ is one of those reasons, is it actually detrimental to our surfing performance and something to be seen in a negative light? I’m not convinced it is. In fact, I would suggest that in terms of surfing performance it could be incredibly beneficial. This of course goes against the understanding that wave count is everything, when it comes to improving your surfing. And I think I may have some coaches screaming obscenities. But let me continue to explain.

Socialising is particularly important for females who participate in sport. Research has shown that females have a social-emotional attachment to sport, which essentially means that participation is governed by feelings. Positive social experiences can negate feelings of not being good enough, fear of judgement and feelings of poor confidence in ability, which would normally be barriers to sport engagement and retention.  (barriers for female surfers)

Digging deeper into the constructs of social behaviour, apart from vocal conversation, socialising involves a gamma of non-verbal communication, including eye contact and facial expression. It is non-verbal communication and auditory tone that humans use to ascertain threats or a sense of safety, before the conscious mind is even aware of danger. Both are components of an important nervous system regulator called ‘the social engagement system’, which helps to regulate our fight/flight/freeze mechanisms.

Let’s look at two scenarios so you can govern how this may work in a surfing situation:

You are in the line up at Snapper Rocks and it’s pumping. You are solo surfing, with your friends deciding to sit this one out. Not only are you met with critical waves that mean you have to have your game on, you look around at the faces around you, and it’s nothing but stone walling. Surfers in this scenario are intrinsically turned into themselves, egocentrically paddle battling for the waves. Facial expression is not very animated or perhaps scowling/frowning, with a downward angle of the eyebrows. Verbal communication is minimal, unless it's aggressive or of a lower tone that your internal wiring finds particularly threatening. How are you in this state? Calm and relaxed?

It’s a bright sunny day, you and your friends have decided to catch up for that amiga surf you have been talking about for months. You meet in the car park and someone has already cracked a joke. With all of you in hysterics, you suit up, wax your board and continue the conversation to the water. You all take turns to catch waves and hoot at each other when a set comes through or someone does an epic turn. You catch a cracker wave yourself and as you paddle back out to the line up, you are met by the smiling, highly animated faces of your friends. In between waves you kick straight back into the conversation about surf trips you want to take together. How are you feeling in this scenario? Internally, do you feel different from scenario A?

Both of these scenarios emphasise the influence of the ‘social engagement’ system on your nervous system regulation. And this is where utilising the power of social engagement can impact surfing performance. Scenario A gives several examples of how that social situation will drive you towards fight/flight/freeze:

In this scenario, you will likely pay more attention to environmental threats and become less focused on yourself and what you are doing. In a surf session, if we are over regulated it can impact our wave selection, our ability to make safe decisions, increase our inspiration rate, make our movement patterns sub optimal, cause us to fatigue earlier,  increase tension throughout our body, alter concentration and focus, increase negative self-talk and reduce motivation.

In scenario B, your social engagement system is picking up:

Cues such as these allow your nervous system to feel safe, which distributes your physical resources very differently. Scenario B demonstrates how positive social engagement can down-regulate your nervous system to a more optimal state that can positively impact your surf performance. In a calmer state time slows down, you can make better decisions, you are more relaxed, your breathing is more optimal, and your movement has the capacity to be more efficient. You may find yourself feeling in control as you take off in the critical section of the wave and your surf session is less about survival and more about enjoyment.

We often think of performance as a technical skill or physical capacity. However, humans evolved to interact with the environment. Community helped us to survive and thrive and those elements of our survival system haven’t left us. The benefit of knowing this is that simple tools such as singing to yourself in the water, or even smiling, can result in improved regulation of your nervous system and thus enhancement of key performance variables for surfing. Who would have thought that a simple act like  ‘chatting in the lineup’ could have such an effect? With the age-old decision between quality vs quantity of waves to improve your surfing, utilising positive social engagement may enable a better learning process and positive sports experience for female and male surfers alike. So next time someone makes fun of women spending more time gas bagging in the line up, just remember, it may actually be your superpower. In which case you can say ‘you’re welcome’.

For more fascinating information about female surf performance, make sure you sign up for our online community. This is the place to obtain gender specific information that is designed with female performance in mind. We don't spam and we don't over email your inbox. Our approach is quality information straight to your eyeballs.

Stay connected with news and updates!

Join our mailing list to receive the latest news and updates from our team.Don't worry, your information will not be shared.

We hate SPAM. We will never sell your information, for any reason. 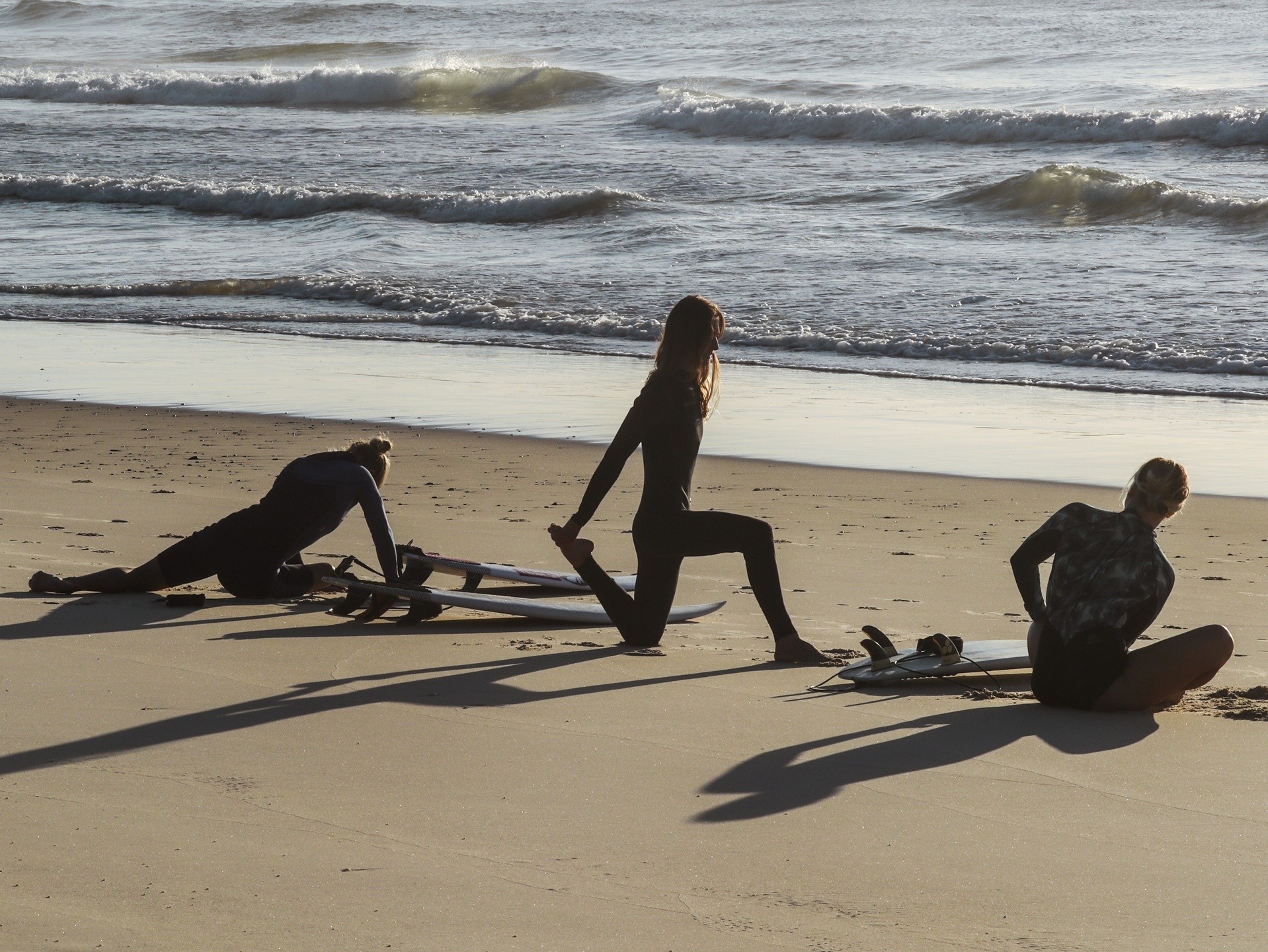 Register for your SQUAD today.

Complete this form to register yourself or your own team, TODAY!